“To go and day trade and think that you are investing, that’s what I think is absolutely wrong and is likely to be simply disastrous for people.”
– Burton G. Malkiel, famed economist and author of the iconic book, “A Random Walk Down Wall Street”.

No Revenue, No Profits, No Problem?

In December 2017, Evergreen ran three consecutive newsletters on that period's investment zeitgeist: an uncontrollable, insatiable, and undeniable appetite for risk. This enthusiasm for risk manifested itself in an other-worldly rise in some of the planet’s most speculative assets. At the risk (no pun intended) of beating a dead horse, Bitcoin and many other digital currencies were the quintessential posterchildren for what had become a truly euphoric (and historic!) upside blow-off. Here are a couple of brief excerpts from those newsletters, warning readers to steer clear of the bright-shiny-object of the day:

“When I hear people on CNBC explain, as they do almost every day, that Bitcoin, et al, is not a bubble I want to gently and graciously reply: “Are you kidding me?!!!” Anyone, and I mean any sane person, who can look at the charts and says it’s not a total bubble is either completely delirious or someone who got in early and is egging on the newbies to create an immensely profitable exit strategy. (For example, per the New York Times, the enigmatic creator of Bitcoin is believed to have a Bitcoin stash of roughly $19 billion—if he hasn’t been dumping them into the frenzy.) The only rational way to look at something that is admittedly totally irrational is to say it’s an enormous bubble that could become even more enormous. But to deny its obvious nature is absurd. (Bubble Watch, David Hay, December 22, 2017.)”

“In the meantime, don’t be shocked if Bitcoin continues to go postal. But, if you are tempted to jump in with all but your most speculative coinage, you might want to pause and wait a few hours. * The price of Bitcoin fell 18% (from $11,363 to an intraday low of $9,300) in the course of 5 hours on Wednesday, November 29th. (Should I Invest In Bitcoin?, Michael Johnston, December 1, 2017.)”

Our timing turned out to be prescient, as the Bitcoin bubble burst within a matter of weeks, as did US stocks, which were comparatively much less speculative, but also over-bought: 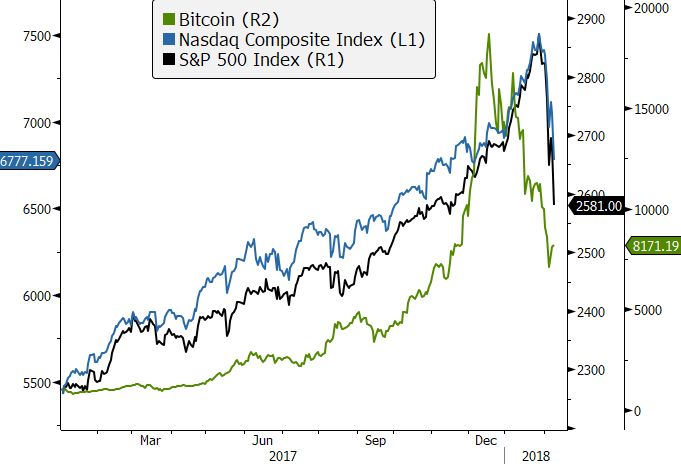 Markets continued to trade within a tight range for the better part of 2018 before a steep sell-off at the end of 2018. But, similar to the recent plunge and subsequent rebound in asset prices due to the Covid-19 pandemic, the sell-off in late-2018 didn’t last long. Stock markets snapped-back in 2019 after nearly colliding with a bear market and Bitcoin rose almost 350% within a year of the bottom of its free fall. In other words, risk-on was back-on. 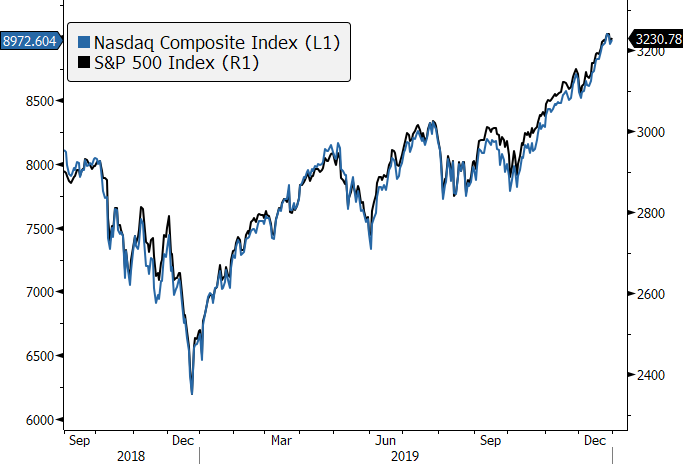 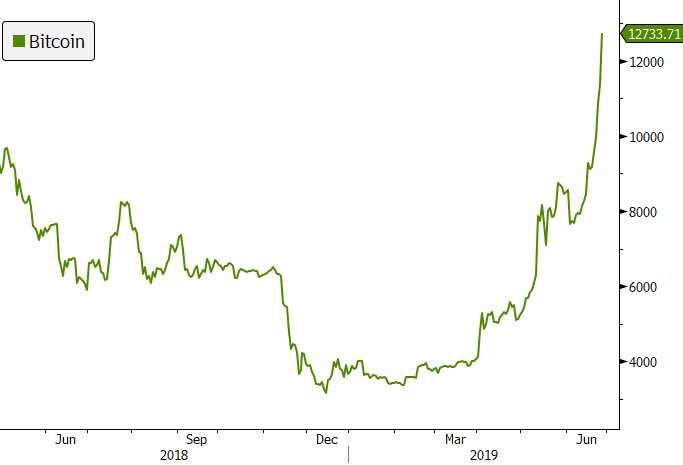 The set-up back then is similar, at least in some respects, to what we’ve experienced recently: a deep, fear-fueled sell-off, followed by a quick, greed-driven recovery. Specifically, this greed-driven rebound is most evident in what Evergreen has termed “COPS” or Crazy-Overpriced Stocks.

So, how crazy are we talking?

Well, looking at one specific security that just made its Initial Public Offering (IPO), Nikola Motors soared past the market-capitalization of long-time industry giants Ford and Fiat Chrysler within its first few days on public markets (on June 3rd the company was valued at a cool $1B, while on June 9th the company was valued at a sizzling $28.7B). The kicker? The meteoric climb was largely fueled by a steep rise in Robinhood traders buying the stock (see image below). The other kicker? The company has exactly $0 in revenue to-date and isn’t expecting to generate any revenue until at least 2021. 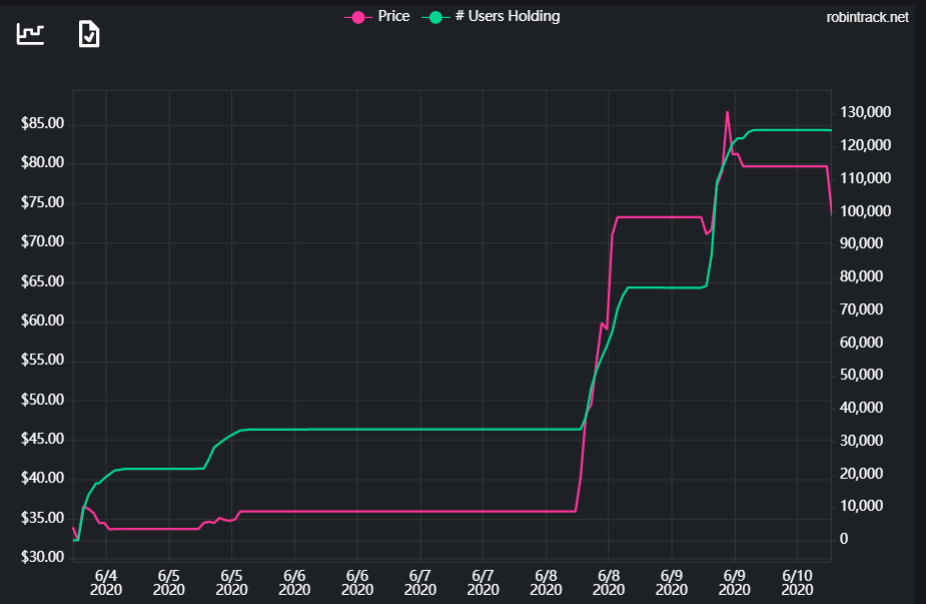 Furthermore, the reasoning from Nikola’s CEO for the lofty valuation isn’t exactly convincing – but is extremely telling about the mindset of investors for many COPS:

"Oh, you're six months or eight months from revenue?' [Investors] don't care. They're like, 'you know what? You're changing the world. You're going to reduce emissions more than anyone else, we're invested into you.'"

Despite the comment’s apparent absurdity, in some respects, he’s spot-on. Many day traders that have fueled rallies among COPS are investors that aren’t at all concerned about traditional valuation metrics. Consider Nikola’s main competitor Tesla as another example of a company that has seen a large number of Robinhood users and day traders drive the price of the stock to the moon…and even beyond. 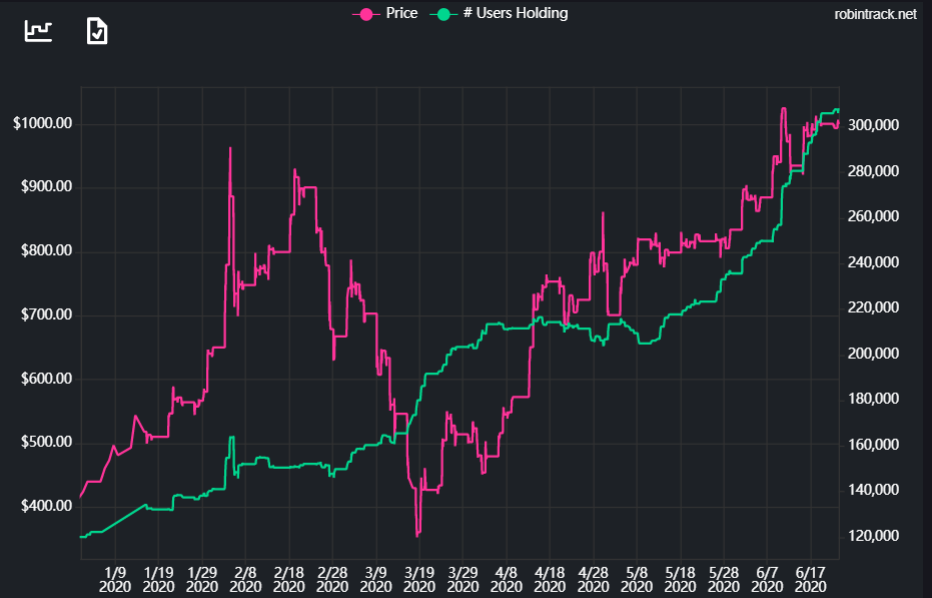 Some might remember the market report we ran on March 6th, urging investors to sell Tesla ahead of what we predicted would be market mayhem due to the Coronavirus. Again, it was a timely call as the stock price dropped from $703 to $361 in less than two-weeks. What we couldn’t have predicted was that after selling off by 50% so quickly, the stock would pop 177% in the coming months. We did leave one caveat at the end of the piece, which was that investors would be well served to carefully monitor the progress in the autonomous vehicle landscape. But with Nikola, Lordstown Motors, and others joining the fray as competitors in the EV (electric vehicle) space, we think it’s fair to say that the jolt past its previous high has been primarily fueled by ecstatic day traders (with a big assist to the Fed and the reopening of the economy). This surge has largely held, so far, despite some very disappointing (at least for Tesla fans) vehicle quality news.

At the end of the day, the stock market is a collective distillation of the considered wisdom of the crowd, expressed through the buying and selling of a company’s stock. In this most recent era of stock picking, winners have often been minted by jumping on the bandwagon of the “next new thing” (such as the latest in technology, cryptocurrency, or even meat alternatives) rather than by methodically investing in companies with strong balance sheets and P&L statements. As discussed in last week’s newsletter, the action has been largely driven by day traders and unseasoned investors on platforms such as Robinhood. (By the way, the same concerning trend was true during the heat of the Bitcoin bonanza in 2017 on platforms such as Coinbase.) Unfortunately, treating the stock market like a casino can have dire consequences. As reported by Forbes, a 20-year old student tragically took his own life earlier this month after losing nearly $730K on a complex options trade on Robinhood. Legendary economist Burton G. Malkiel recently spoke to the alarming trend and the diametrically opposed mindset of gambling vs. investing in markets:

“I believe that for many of these [younger people], [investing] is a substitute for sports gambling…The problem that I see is that this is the diametric opposite to investing. For me, investing means buy and hold…To go and day trade and think that you are investing, that’s what I think is absolutely wrong and is likely to be simply disastrous for people. All the evidence is that day traders in general lose money. It’s not that they can’t make money in gambling… But over the long run, this is a losing proposition.”

The purpose of any company should be to gain market share, grow revenue, and increase profitability. Doing so allows companies to return value to shareholders by buying back shares (if done properly), distributing dividends, and lowering debt obligations. However, many young (and often red hot) companies and investors have set their sights on different benchmarks for success. This has proven to be a successful strategy in the era of day traders who have boosted the market value of companies such as Nikola based on “changing the world” and “reducing emissions” rather than generating meaningful revenue and sustaining profitability.

For now, the wisdom of the crowd is to bid up companies without regard to traditional valuation metrics. But in this day-and-age, crowds make us nervous – and they should make you nervous too. As we shared during last week’s newsletter, once excess speculation gets flushed out of the system, it’s likely to leave a lot of newbie investors licking their wounds and searching for security in securities that put revenue and profits over unproven promises.

While the stock market is a forward-discounting mechanism, and prices-in expected trends before they happen, expectations for many COPS far outpace reality. The good news is that with “dumb money” flocking towards COPS, “smart money” is systematically investing in strong companies that will stand the test of short-sighted sentiment and unpredictable market cycles.